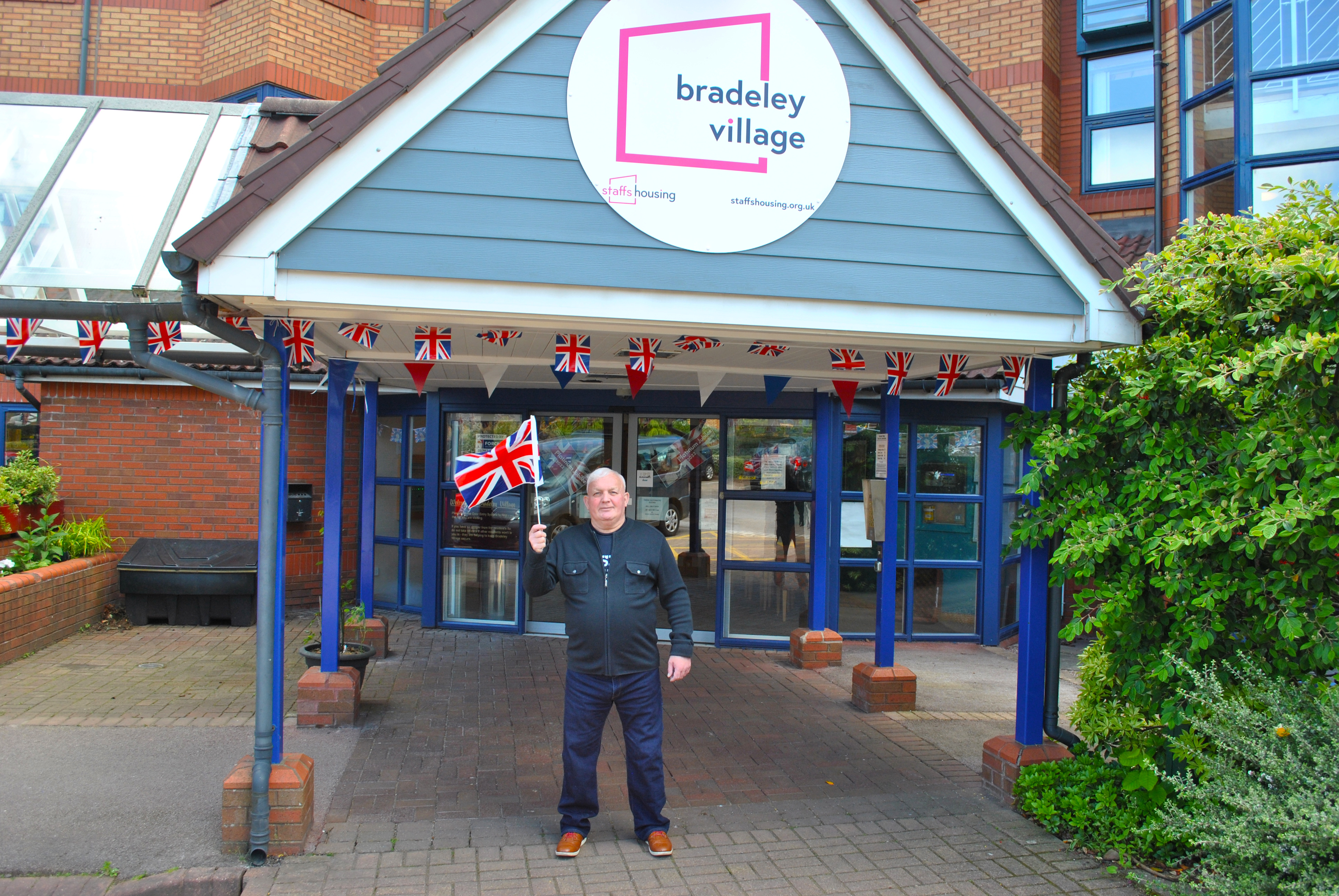 Volunteer Mal has been invited to celebrate the Queen’s Jubilee in style this weekend thanks to an anonymous nomination. It means he’ll be able to attend the Trooping of the Colour as well as an afternoon tea celebration in London.

As a retired veteran, Mal devotes most of his time to helping other people and supporting his local community after a life-changing event made him want to give back.

Mal explains: “I was so excited to be invited to the official Queen’s Jubilee celebration. When I first saw the email invite I thought it was a joke but when I discovered it was real I was choked up. I was so proud that I’d been nominated for the work I do to support others and my local community.”

Mal had his left lower leg amputated after his foot was crushed on a bus. It left him homeless after a challenging time trying to adjust to his new life. It was this challenge he says gave him a new lease of life and outlook that made him want to help other people.

“It was after I’d had my leg amputated that I decided I wanted to help other people and give back. Almost to say thank you for all the help and support I’d received in my recovery.

“An amputation is a huge adjustment for anyone but on top of that I was also made homeless in hospital. I was living in a rented terraced house that was deemed not safe to go back to.

“I saw an advert for a fully-adapted bungalow at Bradeley Village and I decided to go for it. The Staffs Housing team and Housing Officer Maggie couldn’t have done enough for me. She visited me in hospital and helped me through the whole process and even helped me settle in.

“It was great because I was able to get out with my wheelchair. I even used the corridors to try out my prosthetic leg when I first got it.

“I was so grateful for the help and support of Staffs Housing, Royal Stoke University Hospital and so many other wonderful people and companies. It made me want to give back to say thank you, so I did by volunteering.

Mal now spends most of his time helping other people, charities and organisations.

“I volunteer for Staffs Housing because they helped me through a critical time in my life. When I was settling into Bradeley Village I needed a purpose. Jo from the Customer Involvement Team introduced me to volunteering and helped me find a purpose which was using my voice and experience to shape services.

“I spend time volunteering at Royal Stoke, helping people adjust to amputations. I’ve been in their shoes, so I know how it feels. I’m proof that they can get through it. I’ll sit and talk to patients and help boost their outlook.

“I also recently completed the walking Potters Arf Marathon, helping to raise money for Blesma who support limbless veterans. It was a tough challenge, but nothing could have prepared me for the pain. Whenever I found it hard I reminded myself that my efforts would help other people. I was so determined to cross that finish line and I did.

Mal has recently been supporting his local councillor Candi Chetwynd and MP Johnathon Gullis by attending council meetings, leafleting and even litter picking too.

After all his hard work, Mal sees this invitation as a reward and is encouraging his efforts.

“This invite means everything to me. I’m so excited to go to London and attend the Queen’s Jubilee. I don’t know who nominated me, but it makes me feel like it’s an award for all the work I’ve done to help other people.

“I don’t do it for the recognition, I do it because thanks to the help and support of other people, my life changed for the better. I’m so grateful for that, so if I can give back even just a little to someone then I will.

Find out more about our customer involvement or volunteer opportunities