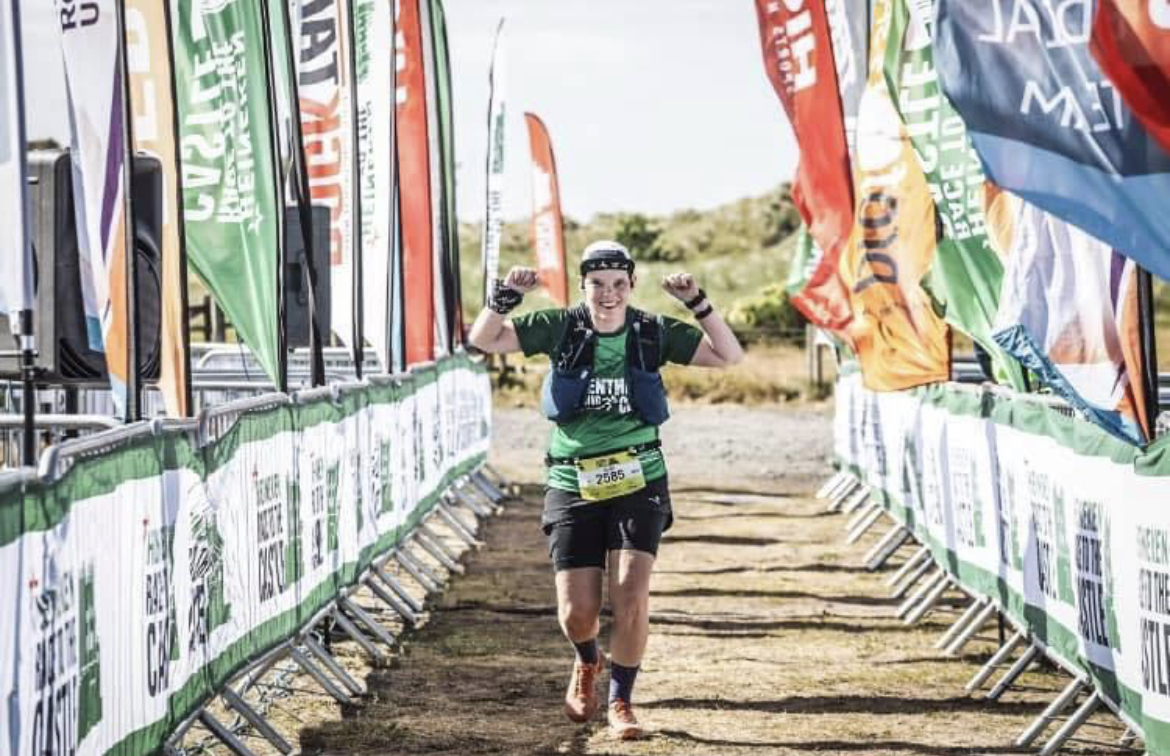 Housing Officer Sarah is taking on a huge challenge to run 50 miles to raise money for people affected by their mental health.

On the 12 March Sarah will be running an ultra-marathon, spanning a total of 50 miles starting from Ellesmere Port. She’ll be navigating the route herself along the North Cheshire Way, The Sandstone Trail, Helsby Hill, Delamere Forest and Frodsham.

Sarah has lots of experience of running marathons but this will be her first ultra-marathon. She'll be doing it to raise money for mental health charity Mind who she says have helped her personally and professionally.

We caught up with Sarah to talk about the amazing achievement ahead. “I started running using Couch to 5k app on my lunch break. You'd often see me dashing out the office in my running kit!”

“I’ve been running for several years now and I recently became a member of Trentham Running Club. That's when I started running half marathons and then moved on to marathons. Now my next challenge is taking on an ultra-marathon.

“I’d been thinking about taking on the challenge of a 50 mile ultra-marathon for a while. Then I realised this year I will turn 50 so it seemed like the perfect time to run 50 miles.

“It will be a challenge, one I’m not taking lightly but something I’m looking forward to. I’ve been training intensively over the last three months running at least five times a week! It’s hard because you need to prepare in different ways. I’ve been training on a variety of terrains, working on my stamina and I've even been teaching myself to eat on the go to keep my energy levels high.

“Ultra-marathons are often called running picnics because there are checkpoints to eat. It’s because you’re covering such a long distance that you need to make sure you eat to maintain your energy levels. Otherwise, you probably won’t finish because of the physical strain on your body.

“I’ve found running helps me cope with the stress of life. Belonging to a running club has allowed me to meet some fantastic people and I've learnt some new techniques too.

“I’ve chosen to raise money for Mind because they’ve helped me personally and professionally. I’ve recently seen how under funded mental health services are and because of COVID and isolation the number of people effected has increased. Mind also campaign to address the stigma towards mental health and inequalities which I think is so important.

Sarah has raised over £250 so far, you can support her by making a donation to her Just Giving page here.